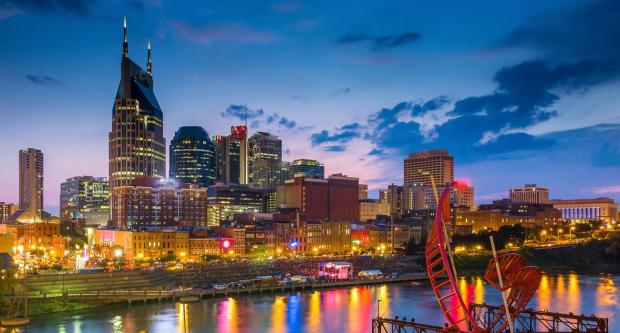 At a recent DC Food Recovery Working Group meeting, Emmett McKinney of the Environmental Law Institute shared a summary of the Nashville Food Waste Initiative’s recent research on opportunities to divert surplus prepared food to nonprofits. NFWI is an effort led by the Natural Resources Defense Council, and coordinated by the Environmental Law Institute. The following summary of the report findings was put together by McKinney, NRDC’s JoAnne Berkenkamp and ELI’s Linda Breggin.

Up to 40% of food (along with the water, energy, and land used in production) goes to waste every year in the United States. At the same time, over 13% of Americans—one in eight—experience food insecurity. Facilitating donation of surplus prepared foods from institutions and restaurants is one important way to waste less food and feed more people.

The analysis for Nashville found that the equivalent of 9.3 million additional meals could, hypothetically, be rescued from these business sectors per year under optimal conditions. That heightened level of food donation could meet nearly half of the annual need among food-insecure Nashvillians. While the majority of the untapped potential is from grocery stores, donation of prepared food from institutions, restaurants, and caterers could play a major role as well. Prepared foods like entrees, sandwiches, and salads can be particularly helpful to homeless shelters and other organizations that serve people with the most acute food needs.

To better understand the potential to increase donation of prepared food in Nashville, the Nashville Food Waste Initiative (NFWI)—a project of the Natural Resources Defense Council, with additional support from the Environmental Law Institute (ELI)—conducted interviews and surveys with a wide array of last-mile organizations (LMOs), nonprofits that serve prepared meals directly to individuals as well as restaurants, caterers, hotels, universities, event venues, and other institutions.

ELI Research Associate Emmett McKinney presented this research at the March 2 meeting of the DC Food Recovery Working Group. Washington and Nashville are almost identical in size – each with approximately 700,000 residents – though Davidson County (Nashville) faces greater food insecurity, with the rate standing at 16.4% compared with DC’s 12.7%, according to Feeding America.

NFWI’s research identified several unique challenges with donating prepared foods. Prepared foods must be handled safely and kept at the proper temperature. Arranging volunteers and transportation to pick up or deliver prepared food poses another challenge, as does the cost of packaging the food so that it can be safely transported. Liability concerns also can deter donations even though the federal Bill Emerson Good Samaritan Food Donation Act (42 U.S. Code §1791) provides broad liability protections. Furthermore, many potential donors are unaware of federal tax incentives that encourage food donation.

NFWI also found that LMOs are extremely diverse in their needs, operational dynamics, and objectives but that, across the board, they are interested in receiving more prepared food. About half of LMOs said they have the capacity, with their current staff and facilities, to increase the number of meals served by modest amounts. For these organizations, more prepared food donations could lead to more meals being served in the near-term.

LMOs reported that the biggest barriers to expanding meal services are funding, staffing, and cold storage capacity. In addition, few LMOs have staff or volunteers to pick-up or receive donations late at night or on weekends.

On the donor end, NFWI also found that institutions (such as hotels, arenas, and universities) vary widely in their operations and objectives. The strongest potential for prepared food donations seemed to be among institutions that prepare food in large batches for events, compared with those that cook to order.

Key donation obstacles reported by institutions include logistical challenges, liability concerns, and awareness of organizations to receive or pick up prepared food donations. Restaurants and caterers echoed many of the same concerns, particularly emphasizing the shortage of staff time, cold storage space, and concerns about food safety.

Across all potential donors, organizations that currently donate said they were enthusiastic about expanding donations. Those that do not currently donate expressed more hesitation about beginning to do so. This suggests that some businesses anticipate challenges when they first begin to donate surplus food and that we need to help them “get over the hump” of starting a new donation program.

The study also examined whether a smartphone application (or “app”) could be a useful tool for facilitating prepared food rescue. LMOs expressed strong interest in such a platform, while potential donors expressed more moderate interest. Interviews revealed that in order to be successful, any app must be easy to join, work well the first few times it is used, and involve a critical mass of users and food offerings. NFWI also found that building direct, personal connections between donors and nonprofits is important in this very relationship-based community.

In November 2017, NFWI convened a key group of stakeholders to discuss these research findings. The robust discussion yielded several key action strategies. They include outreach and education on federal liability protection and tax incentives, on-the-ground “matchmaking” between specific donors and recipient organizations, increased collaboration with the public health department and its inspectors, and a pilot project on packaging food for donation.

In the last few months, NFWI has been taking action on these strategies – notably, by connecting large donors like hotels and stadiums with nearby non-profits, publishing Food Donation Guidelines for Licensed Food Facilities, and disseminating information on the Enhanced Federal Tax Deduction for Food Donation.

DC’s Save The Good Food Act, which would streamline food donation policy and incentivize donation via tax credits, needs your help!

Although the Act had several co-sponsors and received no opposition during a public hearing in March 2017, it has been stalled in the Finance and Revenue Committee chaired by Councilmember Jack Evans. If the Act is not voted out of committee and passed to the full Council for vote this year, it dies.

Prove to Evans that this is an issue that District citizens and businesses care about. Contact his office at (202) 724-8058 or jevans@dccouncil.us. Please find a link to a customize-able letter at the bottom of this post.

Why we need this act
According to a USDA report, 11.4% of households in DC are food insecure.  The Save the Good Food Amendment Act was introduced by Councilmember Mary Cheh in 2017 to help address this issue by:

Progress so far
On March 1, representatives from the DC Food Recovery Working Group delivered a petition with over 380 signatures from DC residents, together with letters of support from DC businesses, to Councilmember Evans’ office. The petition and business letters urged Councilmember Evans to pass the Save the Good Food Amendment Act out of the Finance and Revenue Committee so that it can go to the full Council for a vote. It was a strong showing, but, so far, the Act is still in limbo.

The Act won’t help prevent food waste and feed those in need if it’s stuck in committee. Add your voice to the issue today!

Our local chapter of Food Rescue US was recently featured on ABC! Check it out here.

Food Rescue US connects organizations with extra food to the nonprofits that need it. An ingenious app recruits volunteer “food runners” to shuttle the food from cafeterias, restaurants and other businesses to groups that help the homeless and other communities in need.

The ABC segment includes an interview with Kate Urbank, who leads Food Rescue US’s operation in DC, and is an active member of the DC Food Recovery Working Group. Also featured are local celebrity chef Spike Mendelsohn, whose We, The Pizza restaurants make regular contributions and  Shirley’s Place, a drop-in center on Capitol Hill.

As the segment highlights, volunteering for Food Rescue US is very easy. You can select runs based on your schedule, and the entire process usually takes less than an hour. You also see the impact you’re making immediately — good food stays out of the trash and people in need get to eat.