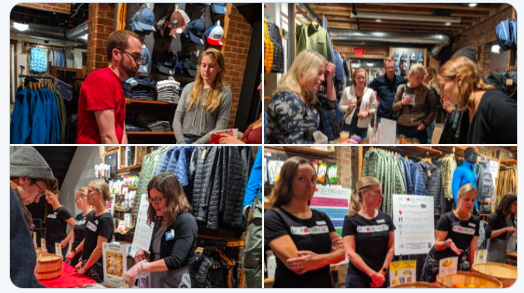 The DC Food Recovery Working Group had a busy 2019! Among our accomplishments:

We helped update food recovery legal  guidelines in DC
The DC Food Recovery Working Group worked with the Harvard Food Law & Policy Center to update a comprehensive guide to food donation in the District of Columbia. The Harvard Center took the lead on the DC Food Recovery Legal Guide, which includes information on tax incentives, liability protections, date labeling, food safety and food recovery in schools. The document was first published in 2017, but was updated to reflect the Save Good Food Act, which the DC City Council passed in 2018. February – NotWasted dinner at Equinox, with a panel including representatives from the World Wildlife Fund, Sodexo, the Ad Council (on behalf of SaveTheFood.com) and Together We Bake.

We put on the fourth annual DC Food Recovery Week 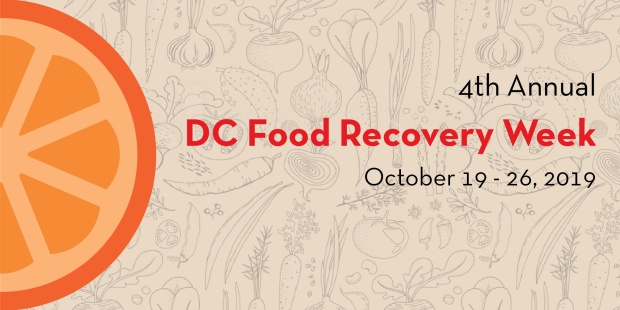 From Oct. 19 to 26,  the DCFRWG hosted trainings, classes, forums, and other food-recovery-themed events across the city. Hundreds of people attended events, which focused on topics ranging from composting to food science. Highlights included:

We helped recover A LOT of food!

DCFRWG board member Kate Urbank coordinated the rescue of more than a million pounds of food as DC director of Food Rescue US. The national organization picks up surplus foods from restaurants and events and uses volunteer “food runners” to deliver it to nonprofits. The network of the DCFRWG has supported Kate’s efforts to build her donor and volunteer rosters since she launched several years ago.

In 2019, DCFRWG members appeared on podcasts and radio shows, testified and sent comments on legislation, helped train local residents as certified composters, advocated for waste-reducing policies across the DC government, sat on panels (like this one and this one) and took other steps to engage their communities and advocate for change. The group also provided a space where members could collaborate and share connections and resources to further food waste reduction in the region.